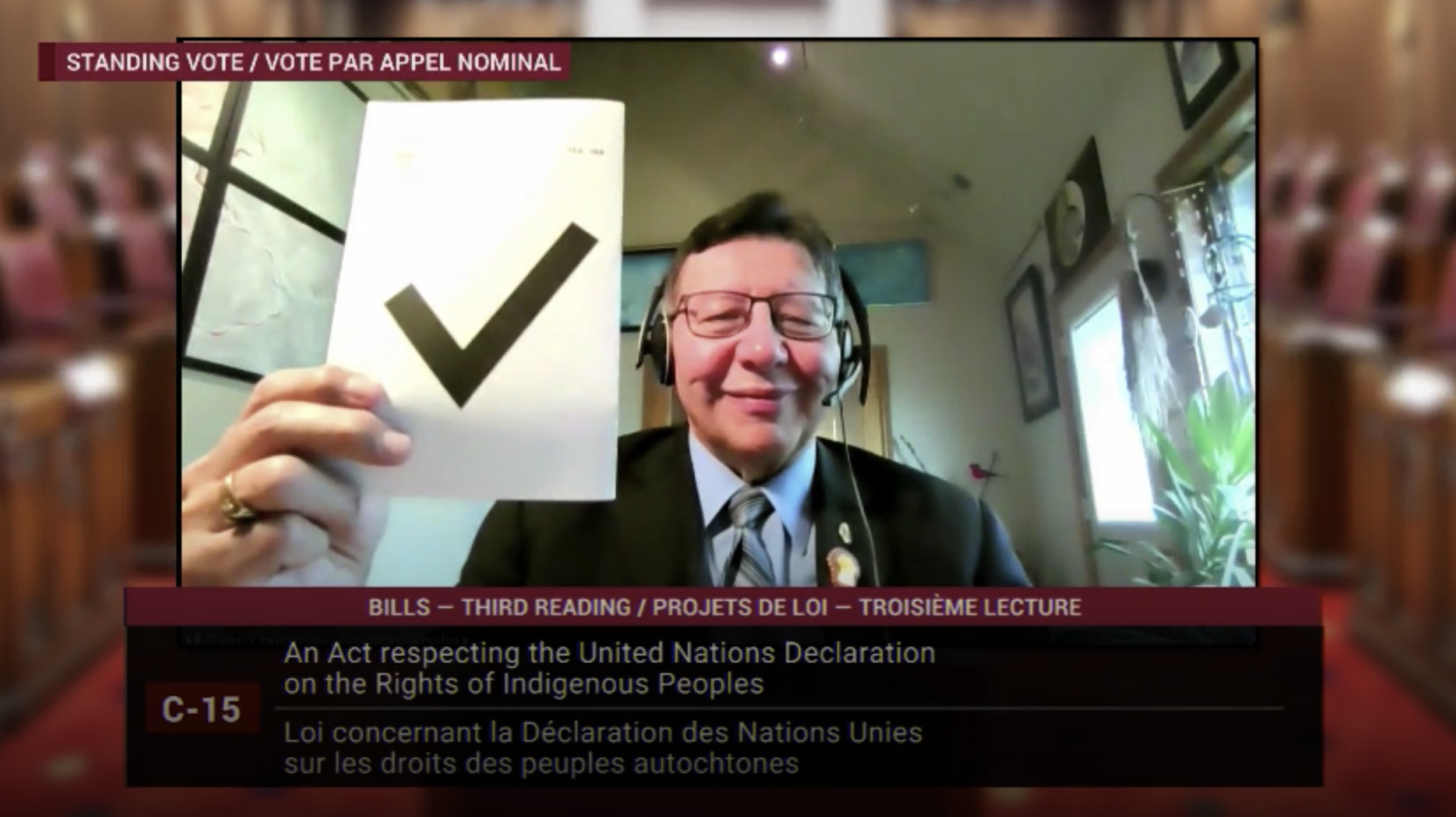 Our Nations and organizations are celebrating the fact that long awaited and hard-fought national legislation to implement the United Nations Declaration on the Rights of Indigenous Peoples (UN Declaration) has successfully passed the final vote in the Senate.

Bill C-15 An Act Respecting the United Nations Declaration on the Rights of Indigenous Peoples, establishes a clear and ongoing legal commitment for the federal government to ensure that its laws, policies, and programs are consistent with the global human rights standards affirmed in the 2007 UN Declaration.

Cheryl Casimer, First Nations Summit political executive said, “The implementation Act is a welcome and much needed opportunity to finally make a decisive break with Canada’s long history of ignoring and denying the human rights of Indigenous peoples. The Act does not create new rights. What it requires is concrete, meaningful, and timely action to ensure that Canada finally lives up to its obligations under Treaties, the Constitution and international law.” 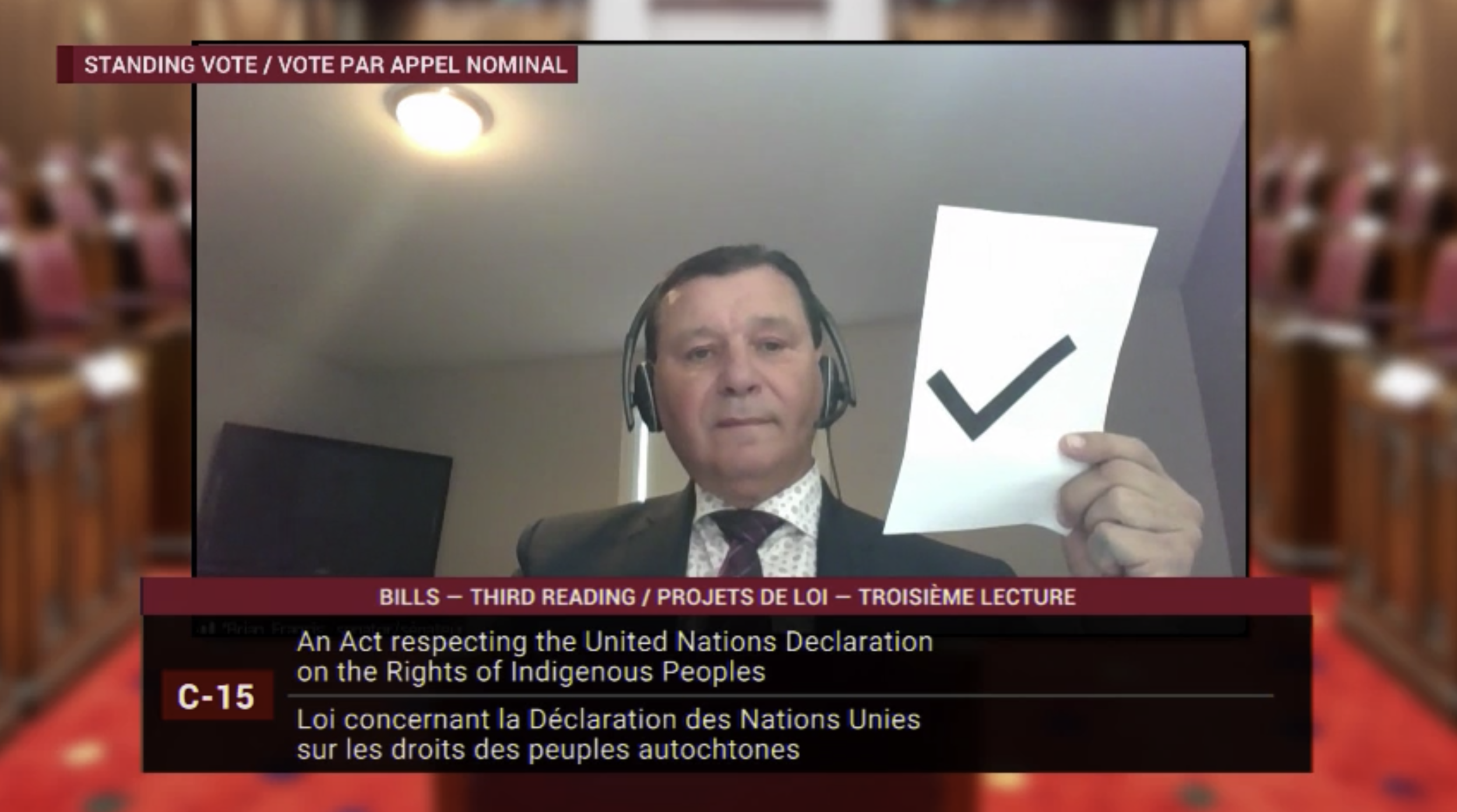 The implementation Act requires the federal government to “take all measures necessary” to ensure that the laws of Canada are consistent with the provisions of the UN Declaration. The Act also requires that a National Action Plan to implement the Declaration through law, policy and programs be developed and adopted within two years.

BC Regional Chief Terry Teegee emphasized, “There is a lot of hard work ahead to fulfill the promise of this legislation. Passing this Act is an important victory for the human rights of Indigenous peoples. Our ultimate goal, however, is to see our inherent rights recognized, respected, protected and fulfilled.”

No comments to show.